Visiting the dark Playa de Montaña Bermeja on the rough southwest coast of the Lanzarote Island. Smaller and larger olivine gemstones shine between the dark gray grains of Lanzarote’s lapilli, the volcanic gravel the beach actually consist of.  If you look carefully you might find larger pieces of lava stones with larger olivine intrusions half-hidden inside.

This part of the coast was formed by intense and long-lasting lava flows which reached the ocean from eruptions from distant Montañas del Fuego de Timanfaya in the eighteenth century. Although almost three hundreds years have passed, the resulting lava fields have not been overgrown yet.

The beach itself is situated just south of the well known natural monument, El Charco Verde, an intensely green lagoon inside a half-crater, a volcano halved by the present shoreline of the Atlantic Ocean. The nearby fishing village of El Golfo is equally renowned among tourists for its numerous fish restaurants. Thanks to AHJ for the Instagram-filtered featured picture. 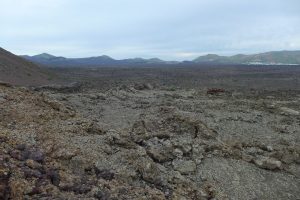 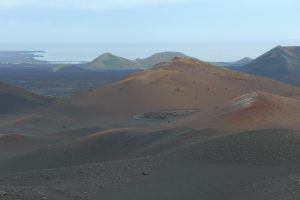 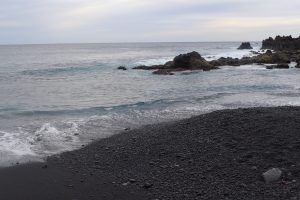 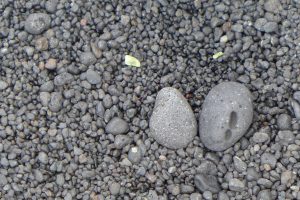 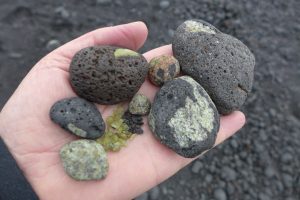 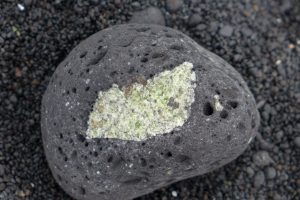 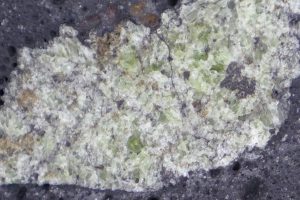 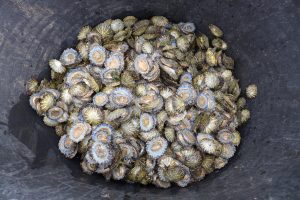 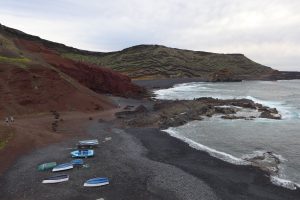 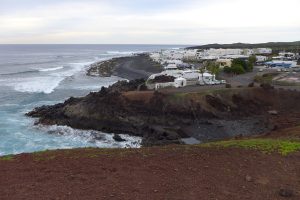 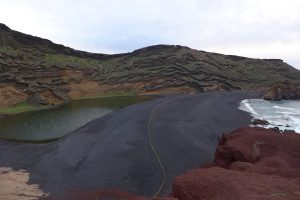 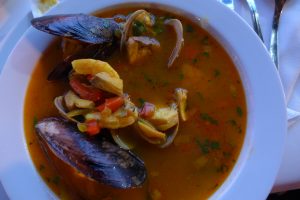 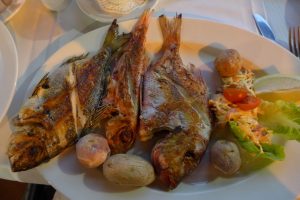