New York is a dynamic large city. As a tourist, you tend to visit, yes, of course, touristy places. Well, it sounds very superficial and shallow, however, the visit of one of these main tourist attractions was something very special for me: Ellis Island.

As I have lately discovered, people from two families from side-branches of my ancestry tree emigrated to USA at the very beginning of the twentieth century. Aunts and uncles.

One of them, the brother of my grand-grandmother made the Atlantic crossing even two times, once alone (1902, S.S. Victoria Augusta sailing from Hamburg), and after returning for a while home (officially recorded as the witness in two marriage certificates, of my grand-grandmother and her sister in 1905!), he did it for the second time with his son (1905, S.S. Princess Alice arriving from Bremen). His wife with two daughters made it somehow (separately?) in the same time or just afterwards. In both ship manifests 1902 and 1905 a person carrying the maiden name of my grand-grand-grandmother was mentioned as a relative living already in New York.

Another person — the son of the older sister of my grand-grandfather — arrived on S.S. Saga from Rio de Janeiro on 8th June 1917. As co-owners of a travel agency in Chicago he, his wife and their children made quite a few crossings to and from the homeland in the next decades.

Almost without doubts, all of them passed through the registry room of the Ellis Island immigration station. It was somehow moving to visit these places over a century later. And, even if no-one of your family has migrated to USA, so that you do not have any personal connections, the visit of the site is definitely worthwhile, the museum expositions are honestly excellent. 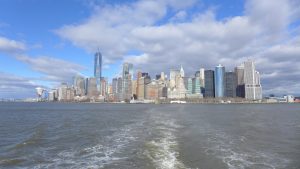 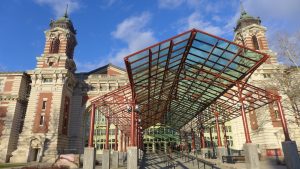 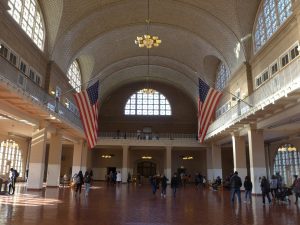 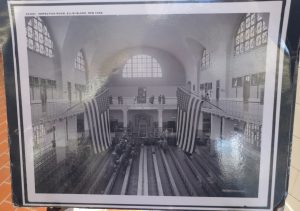 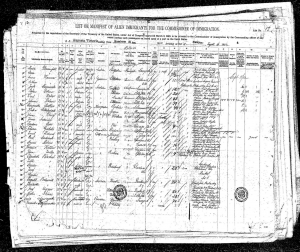 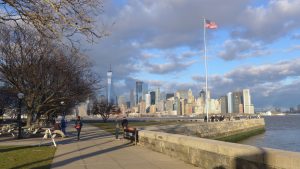