I was told that a highlight of a trip to Namibia is a lone camp in the wilderness, just in the middle of nowhere, with a celebrated sunset and the night under the bright stars. It is definitely true in the case of Mirabib Camp in the Namib desert just south of the Tropic of Capricorn.

Well, the word wilderness is rather relative in this case. Although the place is in the middle of the Namib-Naukluft National Park and one needs a special permit, you can actually drive there on a marked, well-defined and passable road and camp in a few designated sites equipped with a long-drop toilets, a fireplace with a grill (braai) and amenities like concrete tables and stools placed nearby a flat place for a tent or two. But, having said that, the connecting dusty road is well over 30km long and starts from a junction with a main gravel road (C14) in the middle of nowhere, from which point it is still over 100km desert in each direction to any inhabited place. And the campground facilities are welcome and absolutely not out-of-place, keeping in mind that without the prepared amenities the desert camping ground would deteriorate very soon due to the inevitable ‘tourist erosion’ — the desert is a very fragile environment. And, yes, there is no water, of course. Bring everything you need, food, water, fuel.

Mirabib is an small outcrop of red rocks stretching out of a mostly flat or softly sloped desert. In this part — north of the Kuiseb River canyon — the Namib is a dusty gravel desert, nothing to compare to the famous stretch of red sand dunes south of the Kuiseb. The chain of camp sites is spread around the desert edge of this small rocky mountain, so that no-one can see one place from another. But anyway, we were there alone in June.

Or, we thought we were alone. In a cave formed by the rock outcrops where we set up our tent, a pair of incredibly cheeky rabbits lived. They started to examine everything we have brought in the most bold way for such fragile animals. Later on in the evening, as a desert fox came to hunt them, we chased it — a Cape fox probably — out of our sight. And at least from this moment we were treated by the rabbits as a part of their herd — what I say! — their family. Eventually, they became far too bold, disturbing our sleep deep in the night and well too early in the morning.

But before that, we did the full program required from any visitor to this sort of places. Parked our car nearby, set up a tent in a cave supposed to be a shelter for Stone Age Bushmen hunters, celebrated the sun-downer on a small hill flanking the rocks with a full view of the nothingness surrounding us. Then started a fire and prepared a proper meal worth describing on a separate kitchen page. As we finished the lentil salad and the potatoes baked in embers of the fire and, of course, the last glass of south-african red wine, we noticed the stars in the outlet of our cave, with the prominent Southern Cross just above our heads. Unbelievable for someone living in a town with a huge light pollution. Is this the very real night sky? Is it Jupiter? …And Saturn as well?

Woken up by the rabbits — the idiots started to chew the guy lines of our tent (Vectran by Hilleberg!) cutting four(!) of them so that the tent almost collapsed — we celebrated a rich breakfast, threw the rampaging rabbits out from the seats of our car and reluctantly made the 30km back to the main road heading down to Walvis Bay and Swakopmund on the misty Atlantic Ocean coast. 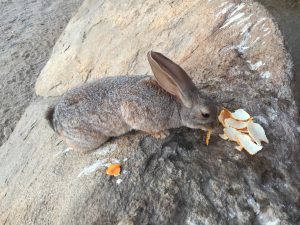 By the way. Later, I have found out in internet that the rabbits living in Mirabib are formally named in English Jameson’s Red Rock Rabbits, Latin Pronolagus randensis.

The German name is much more descriptive concerning the outlooks, Rand-Wollschwanzhase, “the Rand woolen tail hare”. In comparison, the Czech name chooses again to describe the habitat instead: Červená skála zajíc, the “red rock hare”.

The rabbits (or hares?) even pose on one or two Namibian post stamps. See wikipedia, or read the tasty original 1907 paper describing this specie:

A picture gallery from our visit to Mirabib, the Namib desert, just south of the Tropic of Capricorn. 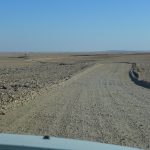 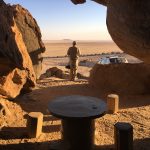 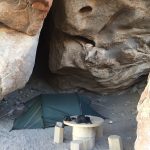 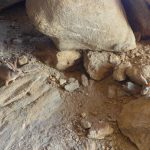 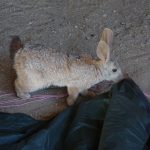 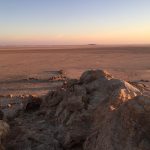 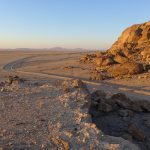 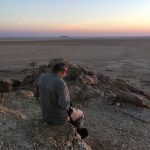 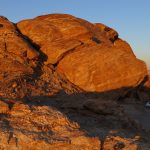 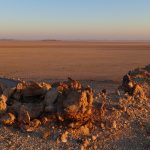 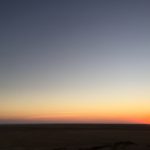 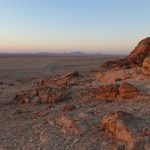 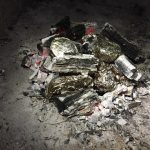 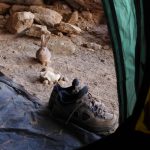 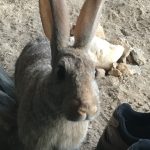 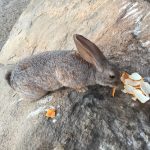 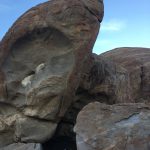 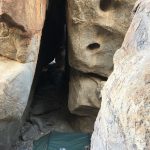 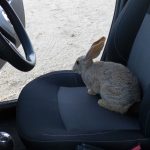 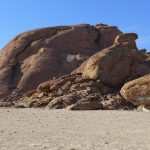 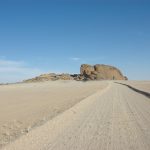 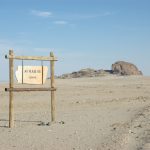 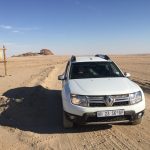 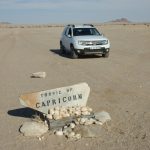 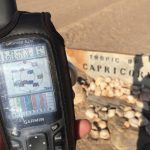 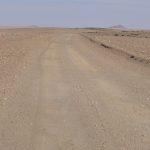 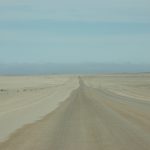