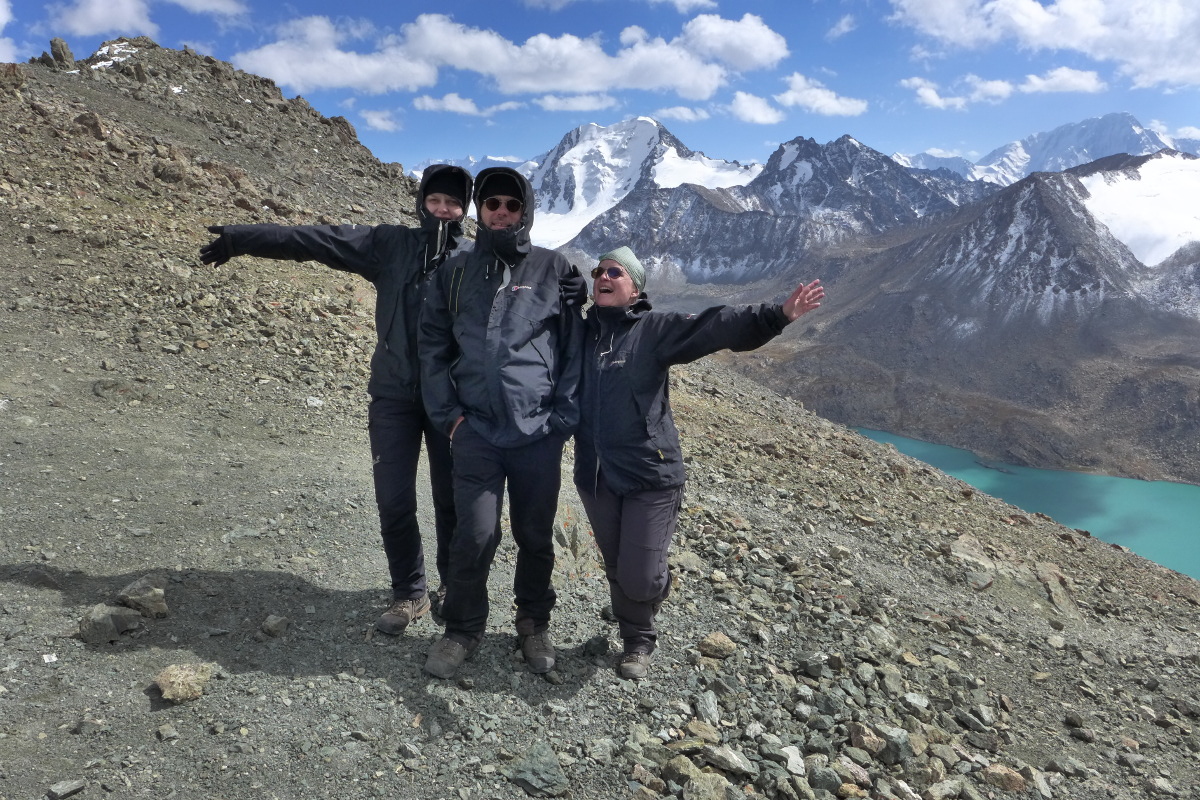 The picture taken on the last high pass of a quite few we have scaled during our trek through the Teskey Alatau range of the Then Shan mountains in Kyrgyzstan, late summer 2014. There was a snowfall in the night, and we have woken up in our snow-covered tents in the middle of wintery landscape on the shore of the Ala Köl lake, the milky-green one behind us on the picture. But the sun prevailed and we managed to pack the camp and get to the pass traversing endless gravel slopes after a late start. See the photo gallery.