After finding out that quite a large branch of my ancestors in 18th and 19th centuries were millers I have become more aware of these specific pieces of pre-industrial architecture spread more or less ruined in landscape cultivated since centuries: old mills. By an incredible chance, I have spent some time in an alpine hamlet in the Valle Maira, Piemont, which only some days after the arrival occurred to me to be a very old settlement build around an old mill.

The Occitanian residents of the Valle Maira in the Western Alps managed to obtain their rights from the local feudal lords some time before the middle of 13th century, when the margrave of Saluzzo confirmed their far-reaching autonomy. The most probably they simply bought their freedom, just like their neighbours on the western slopes of the Alps, who managed to form an almost independent loose confederation of self-governed valleys (escartons) around the center in Briançon. This situation remained so for four centuries until the beginning of the 18th century, when the area has been divided along the main alpine ridge between France and Savoy-Piemont with a complete change in the legal situation of the inhabitants.

Anyway the four centuries of self-goverment brought a moderate economical prosperity, witnessed today by relatively richer architecture then elsewhere in the alpine valleys and especially by the churches and chapels, where the frescoes painted by renowned artists confirm that their patrons — in theory, simple peasants — were affluent enough. The most famous example is the Santa Maria Assunta church in Elva, with fine frescoes by Flemish painter Hans Clemer from the turn of 15th and 16th centuries.

After the area became a part of the independent Italy different trends set in, which deepened very strongly after both world wars. Between mid-19th century and now the number of permanent residents in the communities of upper valley Maira was reduced by over 90%, while the population of Italy as a whole roughly doubled. This extreme depopulation — however purely economical, no war involved — is clearly seen all over the area. Many houses are uninhabited, neglected, sometimes the whole hamlets are deserted. Here and there ruins of abandoned buildings. There are some more-or-less fashionably renovated houses already, with an aimed purpose of a summer residence, apartments for hire, guest houses for tourists on the paved roads or along the trekking trail percorsi occitani, but the overall trend continues anyway. Although now in a slower pace, the valley still depopulates.

We have arrived in Borgata San Sebastiano by a chance, searching for an apartment for two, the precise location on the middleman’s web site undisclosed, knowing only it is in the side valley of Marmora. Marmora has numerous hamlets (borgata) usually spread on mountain slopes and even the parish church is situated in the middle of nowhere, probably so, that everyone from the hamlets had roughly the same way. Our hamlet was an exception, situated just nearby the main valley stream, deep in the relatively narrow valley. Almost all these borgati were mentioned as existing in various documents already in the time stretch between 13th and 15th centuries.

It took us little time to discover the Capella di San Sebastiano e Fabiano just a few steps from our hired house, another example of fine early renaissance frescoes from the second half of the 15th century, this time by Giovanni Balesoni vel Jean Baleison. However, only after an afternoon stroll along a path which occurred to be Sentiero de Giors Boneto from one (slightly folksy and naively) mural or chapel to another one created by this local painter adorned with information tables I understood that the second building opposite the St. Sebastian chapel is a former mulino, by the way, adorned by a 1807 religious painting by Giors Boneto, showing among others the patron of millers, St. Martin of Tours. A mill!

San Sebastiano is one of the mill hamlets (borgati dei mulini) spread all over the Valle Maira, situated always near the source of power, one of the mountain streams. Near Elva, there’s even a trail called Sentiero dei Mulini, leading from one mill to another. It is quite possible that the 15th century millers of San Sebastian were at least one of the benefactors of the chapel. Presently, “our” mill is partially renovated (the part with a mural by Giors Boneto), the rest remains an overgrown ruin, some scarce parts of the old machinery still present (supposedly, there was also a sawmill here). And, as so usual in the valley, the nearest building with a sign vendesi, to be sold. Above, the nearest Borgata Garino towered by a construction crane, the next hamlet just being transformed to a summer residence or apartments for hire.

So, we almost blindly chose an apartment in a finely renovated part of an abandoned mill hamlet named after Saint Sebastian, nota bene the holy protector from the plague, in a far-away, almost forgotten alpine valley. What a coincidence. Or was it a sign from my miller ancestors’ ghosts? ;^) 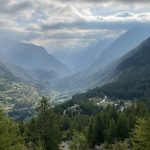 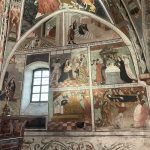 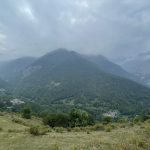 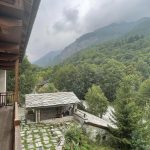 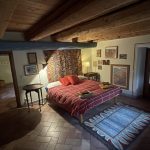 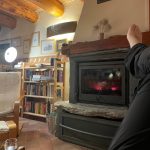 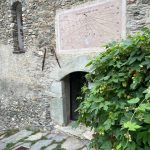 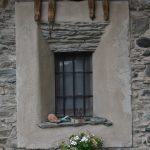 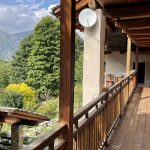 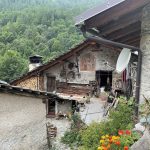 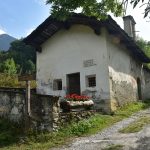 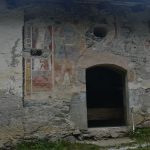 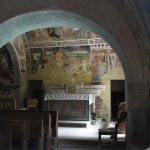 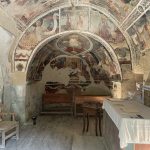 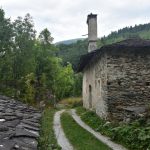 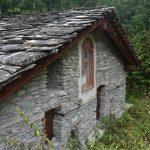 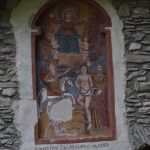 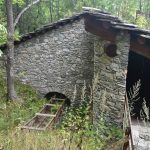 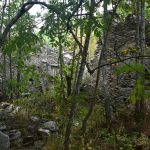 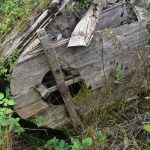 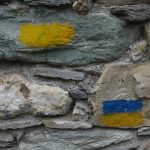 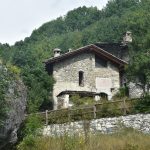 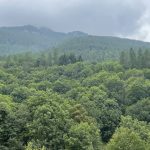 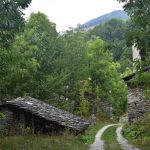